Plaster of Paris, Gypsum, or Tums; Use in Aquariums, Ponds

I have read in many places about the use of Plaster of Paris (& occasional Tums too??) as a mineral source for both ponds and freshwater aquariums.
I too have used this many years back when old timers in the hobby suggested its use for ponds to me, however with the exception of a calcium emergency or possibly to absorb pollutants in a pond in bulk, which I have used Plaster of Paris for; Plaster of Paris is not the same as Wonder Shells, SeaChem Replenish, Sealab blocks, or similar products designed for aquarium use to add major and minor elements required by ALL fish, both fresh & saltwater.

My own years of use have shown me the vast difference in fish health and vitality.
In this article I will hopefully explain this a little more scientifically. 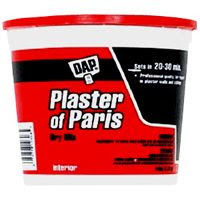 Here is a list of ingredients of Plaster of Paris:


What I see here is some Magnesium Oxide, Iron, Sulfur, Aluminum, Silica and mostly Calcium Sulfate.

Where is the Strontium, the Sodium, Potassium and more?

These ratios are also NO WHERE near correct for proper assimilation.
This is not to say that products such as Wonder Shells or Kalkwasser are also spot on in these ratios, however they are much closer than this.
This is also why Marine Buffer by SeaChem is better for KH control as the proper ratios are applied in this product.

It is also noteworthy that Calcium Sulfate (Gypsum) is not the best source for Calcium in a “living” aquarium environment.
Calcium Hydroxide (Kalkwasser), Calcium Carbonate, or Calcium Gluconate (the calcium salt of gluconic acid, an oxidation product of glucose) are MUCH better sources for calcium in a LIVING aquatic environment.

In plant and animal studies, calcium chloride and calcium sulfate (found in Plaster of Paris), have been known to cause problems, however the problem is generally associated with the anions Cl- or S04 rather than calcium which is a necessary nutrient for plant and animal life and even in high amounts is safe by itself or in the other forms I recommended earlier in the paragraph.
Calcium sulfate is also a poor source of ESSENTIAL positive mineral ions (cations), this may be in part due to the -SO4 anions present in CaSO4 (Calcium Sulfate). This is an important difference since the aquatic environment already produces many Anions, we need Cations to balance this out or fish health will eventually suffer!!
Reference: Aquarium Redox

Calcium Sulfate (Gypsum) also does not react with acids which is important in our aquatic environment for maintaining a healthy balance of Redox, as well as generating CO2 for plants.

There is also a lot of mis-understanding in the aquarium community as to how VERY important bio-available calcium is, again Calcium Hydroxide, Calcium Carbonate, Calcium Gluconate; NOT Calcium Sulfate found in Plaster of Paris.

Calcium is a very important mineral/electrolyte for so many body functions such as muscle contraction which is initiated by a sudden increase in calcium concentration in the muscle cells.
Calcium is also important in times of stress, which is why a new fish added to aquarium that has poor bio available calcium is very likely to get sick and often the aquarist blames the opportunistic disease rather than realizing that the fish may be suffering form the lack of electrolytes such as calcium.

Another ingredient found in Plaster of Paris is Silica; this mineral can cause algae problems (especially brown) and is especially troublesome in marine aquariums.

Plaster of Paris is also a poor choice for GH or Calcium as Calcium needs to be in the proper ratios with other elements such as Magnesium to be utilized by aquatic life (such as osmotic function). 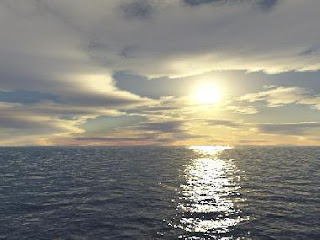 By contrast here is the chemical composition of the ocean as a percentage:

It is important that we try and achieve at least some balance when adding minerals back into our aquariums. This ocean water composition is easily extrapolted over to freshwater with simply lower numbers and of course much less sodium & chloride.
When you add products not intended for mineralization of water containing fish or other aquatic life such as plaster of paris or Tums, you are simply screwing with your long term aquarium chemistry and aquarium health.

For more about Calcium, Electrolytes in aquariums, please read this article:

CALCIUM, KH, AND MAGNESIUM IN AQUARIUMS

TUMS IN AN AQUARIUM

Although I have not used Tums in an Aquarium (although friends in the industry have tested Tums with poor long term results), I know enough about aquarium chemistry to know that the calcium carbonate that makes up this product are NOT a complete/balanced mineral source. For all the essential positive mineral ions fish require, and despite some forums that recommend the use, it is quite obvious from reading material already cited earlier in this article that Tums should not be used either.
The result is a lack of balance in aquarium chemistry (such as magnesium).
As well, Tums have other added ingredients to add flavor, maintain freshness, add color, etc that have no business in your aquarium.

RELATIONSHIP BETWEEN OCEAN WATER AND INTERNAL CHEMISTY OF ANIMALS:

I brought up ocean water chemical analysis to make a point that is the plasma and internal chemistry of all animals and fish are similar in composition to the ocean. This is why many electrolytes (elements) are important in the chemistry of aquarium environment including fish food.

Rene Quinton is a scientist who died in 1925.
"He postulated that from the mineral point of view, human and marine plasmas are environments of the same nature. In other words, there is physical and physiological identity between seawater and the internal environment of the organism.
Not only do they exhibit very similar mineral compositions, but the particular form, organization and synergy of trace elements and mineral salts that make up the saline matrix of seawater closely resemble those of the internal environment constituents."
Reference:
www.oceanplasma.org/

Basically my point is that all you add to your aquarium (freshwater or saltwater) should emulate this ocean ratio as close as possible. In saltwater, fish are constantly drinking the water around them for proper hydration and osmotic function so they are very sensitive to their water chemistry.

In freshwater the fish are absorbing the water around them for hydration and osmotic function so they are less sensitive to poor water chemistry, this said, that is why you can often get away with dumping Plaster of Paris in freshwater Aquariums or ponds.
This in NO way means you are providing the proper electrolytes your fish need. Using products such as Sea Chem Buffer, SeaChem Replenish, or Wonder Shells are more likely to achieve a better balance here.
Besides, why would you want to throw a product in your aquarium manufactured by heating gypsum?

Aquarium Information and Resources (Pond too)

*For a friendly, Knowledgeable, aquarium forum with in a family atmosphere:
Aquarium Forum; Everything Aquatic 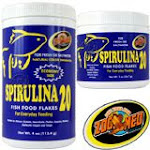